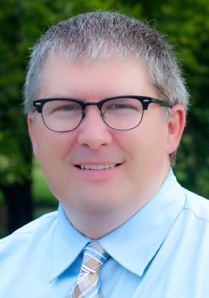 Those who would argue that education is the solution to life’s problems do not adequately understand life’s problems. As Blaise Pascal once said, “The heart has its reasons of which reason knows nothing. Let us then strive to think well.”

Unfortunately, we in America don’t think well (if at all) when it comes to morals and virtues; we tend to talk more of choices and values. We become more known for our pragmatic and utilitarian practices than anything else, particularly when one considers how easily parents are willing to force their 18-year-old children to declare majors, rack up credentials, and hop through the hoops of so-called higher education.

Granted, one can argue that a good education is always useful, but it is also true that a useful education is not always good. Henry T. Edmondson III, writing in his book John Dewey and the Decline of American Education, clarifies:

Aristotle criticizes the education of the Spartans precisely because their education was directed only toward ‘necessary and useful things,’ with little regard for what is ‘noble.’ In this light, it is notable that although historians grant the Spartans the respect they are due for their martial discipline, the same historians also note that the Spartans left no philosophical, literary, or political legacy, unlike their Athenian rivals.

Here we have a paradox: In making utility the chief goal of education, we sacrifice much of its usefulness. A merely utilitarian education is largely ineffectual precisely because it does not seek to make a student good, or at least to teach him what is good, or even to provide him with those principles that guide good behavior – all of which qualities are essential aspects of true utility.” (p. 80)

Plato explains that the central thrust of education must be to cultivate intellectual and moral virtue because ‘virtue…would be a certain health, beauty, and good condition of the soul’; without an education directed to the soul, the student will be left with ‘vice’ which is a ‘sickness, ugliness and weakness’ of the soul.” (p. 82)

When was the last time “the central thrust of education to cultivate intellectual and moral virtue” was the discussion at your school’s board meeting? Or at the state or national levels of our country’s education departments? It’s safe to say it hasn’t been because, without willingness to talk about, define, or embrace the idea of (and the responsibility to) an existent morality, there is no need to aspire to it. “Living according to our values” is about the closest we come, but this is just a politically-correct smokescreen for relativism and “I do what I want” kind of thinking.

American Founding Father Benjamin Franklin may seem as personally pragmatic as they come, but he at least acknowledged the existence, need for, and benefits of morality in a student’s education. Again, from Edmondson’s book:

In spite of Franklin’s attraction to the useful and the innovative…he, like Jefferson, believed the moral goal of education to be the promotion of personal virtue. He once advised a friend in regard to character development: ‘Be studious in your profession, and you will be learned. Be industrious and frugal, and you will be rich. Be sober and temperate, and you will be healthy. Be in general virtuous, and you will be happy…We see, then, that Franklin’s approach to practical education is characterized by a focus on preparing the individual for private virtue, public civility, and personal success.” (p. 85, 88)

Could we say then that, if there is any room for pragmatism in education, it should be concerning what a student may or may not do with his or her education and not whether the education itself focuses on virtue and truth? Edmondson thinks so:

When we speak of Franklin’s educational pragmatism, we mean that his principle interest was in preparing the pupil for the place for which he was best suited by attending to the development of his character and intellect. This is reminiscent of Plato’s animating educational principle in the Republic, in which individuals are prepared for that which nature has equipped them.” (p. 88-89)

As we think about the role (and goal) of moral formation in education, let us not fool ourselves into thinking that education without moral formation is enough. Indeed, our students may learn many things, but unless those many learned things form and transform them, they are no more human than a computer. Consider:

The writer Flannery O’Connor was better acquainted than she would have cared to be with the trends of progressive education. She completed a major in ‘social sciences,’ but the best thing she could say about her major, she told friends, was that she could remember very little of what she had learned. ‘I have what passes for an education in this day and time,’ she writes, ‘ but I am not deceived by it.’” (p. 106)

Edmondson writes the prescription for what true education is and must include:

What should a good educational philosophy look like? It should be based upon the wisdom of the ages combined with common sense and empowered by the best innovative practices available. Changing the course of American education will not be easy. It will take a fight and those so engaged must be morally and intellectually equipped for the task.” (p. 113)